After the end of the Program Meeting on October 24th and 25th, the partners from the University of Padova Department of Geological Research, Professor Claudio Mazzoli and Dr. Chiara Colletti had the opportunity, in cooperation with the Ephorate of Antiquities of Rhodes in the program context, to visit Rodini Park and the quarries from where the building materials of the historical monuments of the city under study, were extracted.

After the end of the Project meeting in Rhodes, the representatives of the Ephorate visited with the staff from the University of Padova visited all the Medieval monuments under study and the ancient and modern quarries on the island, giving further information about them.

The Ephorate undertook to send to the University of Padova samples of calcarenite, with which both the ancient and the medieval city of Rhodes have been built, as well as samples of Lartios stone, a local hard gray stone from the village of Lardo in Rhodes, from which they had been made.

In antiquity, a number of movable monuments, such as statue bases, tombstones, and altars, but also monumental public buildings in Roman times, while in medieval times were carved in the Lartio decorative sculptures and coats of arms of knights. As far as EFAD knows, this will be the first time that analyses will be made for this type of stone. In autumn 2019, the members of the Ephorate toured the quarries of the island to select the appropriate samples. 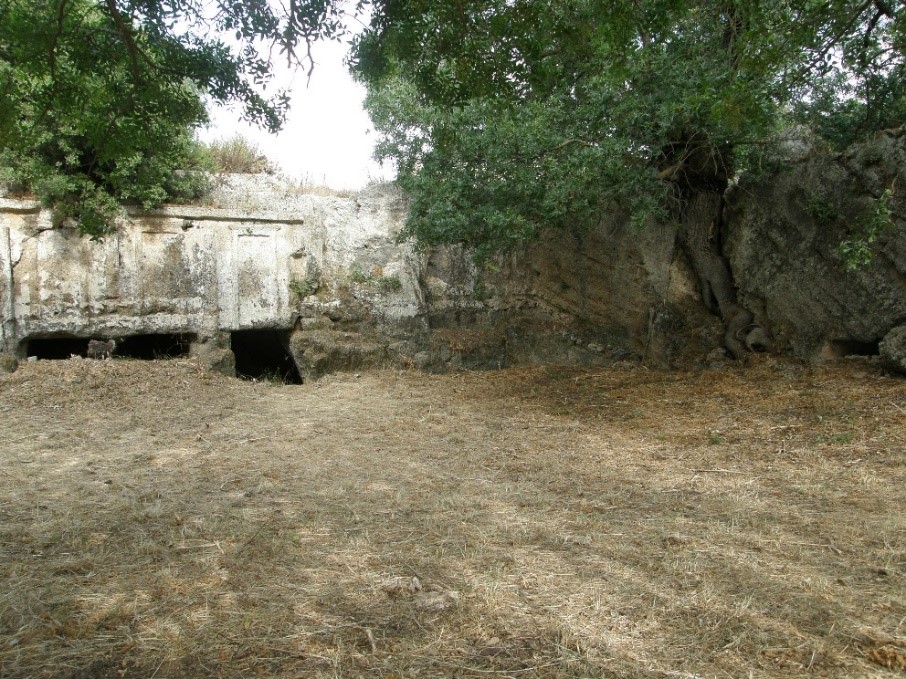