With the aim to bring science and researchers closer to the general public and stimulate interest in research careers – particularly among young people, the European Researchers’ Night took place on November 27th in a virtual format. Dr. Angelos Amditis, Research Director at ICCS, I-SENSE Group Director, Project Coordinator at HYPERION, presented his research group’s achievements in several areas including electromobility, citizens’ science, cultural heritage preservation and circular economy adoption, during the 2020 Research Night of the National and Technical University of Athens. During this fruitful educative talk, HYPERION was introduced to the general public.

The European Researchers’ Night, funded under the Marie Skłodowska-Curie actions, is a Europe-wide public event that brings researchers closer to the public. The European Researchers’ Night showcases the diversity of science and its impact on citizens’ daily lives, stimulating interest in research careers – particularly among young people. In 2019, it attracted 1.6 million visitors across more than 400 cities in Europe and beyond. 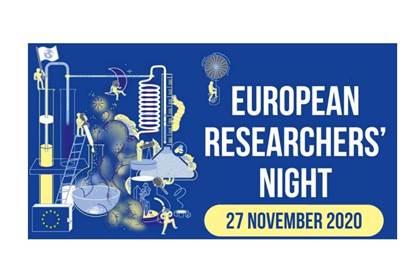